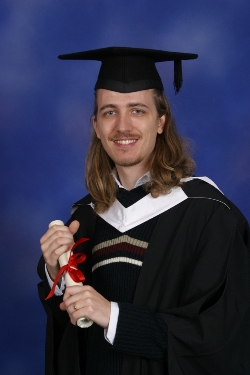 I am one of those university types who likes to loiter around research groups doing one thing or another. Currently I am mostly working on a few projects at Newcastle University. These include: DataSHIELD, 58FORWARDS and the Great North Care Record.

Prior to Newcastle I was at the University of Bristol woking on a project called the children of the 90s, a.k.a. the Avon Longitudinal Study of Parents and Children (ALSPAC). Have a look at their website at www.bristol.ac.uk/alspac. As part of my role I was also an active member of the Data to Knowledge group.

Before the University of Bristol I was at Leicester University where I worked on a bioinformactics infrastructure project called BRISSKit, have a look at the project website if you want to find out more. Before that I worked on a cross-disciplinary project called HALOGEN to support the Roots of the British collaboration at Leicester university. Before that I worked with the WASP folk and ran LEDAS. I did a Ph.D. in astrophysics in the Physics and Astronomy department at the Open university in Milton Keynes. It means I can call myself Dr. Butters. For my undergraduate degree I read physics at Imperial College London for four years and I graduated with a first. During those four years I specialised in all things astronomical. If you are terribly interested in my work side head over and look at my CV.

I am engaged to Becca, she's the other one on the site. We met at Imperial when I was in my first year. We got engaged on the Greek island of Santorini in August 2002. I used to live in a small town called Diss. Yes it is real.

Well the fact that I am doing this might indicate that I like the whole web design thing. I seem to spend a lot of time doing DIY, and I rather enjoy exploring single malt whiskies with the occasional ultramarathon. I sometimes loiter in all the usual places, like LinkedIn, Twitter, GitHub etc.

Like Olly I loiter around universities. I am also at Newcastle University. Previously I was at the University of Bristol and the University of Leicester. I did a Ph.D. in planetary science at the Open university in Milton Keynes. I studied geology at Imperial college London for four years.